Gabby and her husband met through her neighbour. It was a very romantic match organized by her now brother-in-law. He’d been talking to Gabby about him, of how they were the same age, single, and they’d be perfect for each other. He invited her on a blind date and the match was made. Only 6 months later he proposed! He popped the question in a restaurant where they were having dinner and hid the ring in her Margarita. 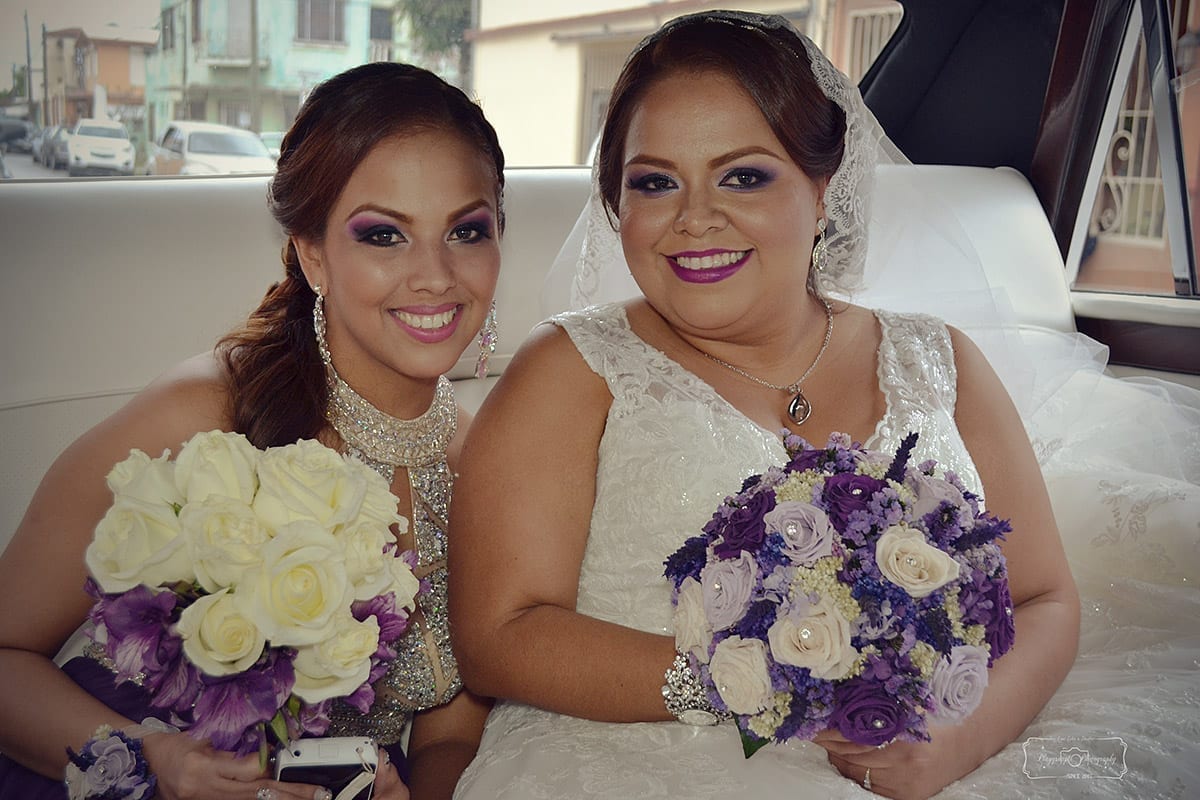 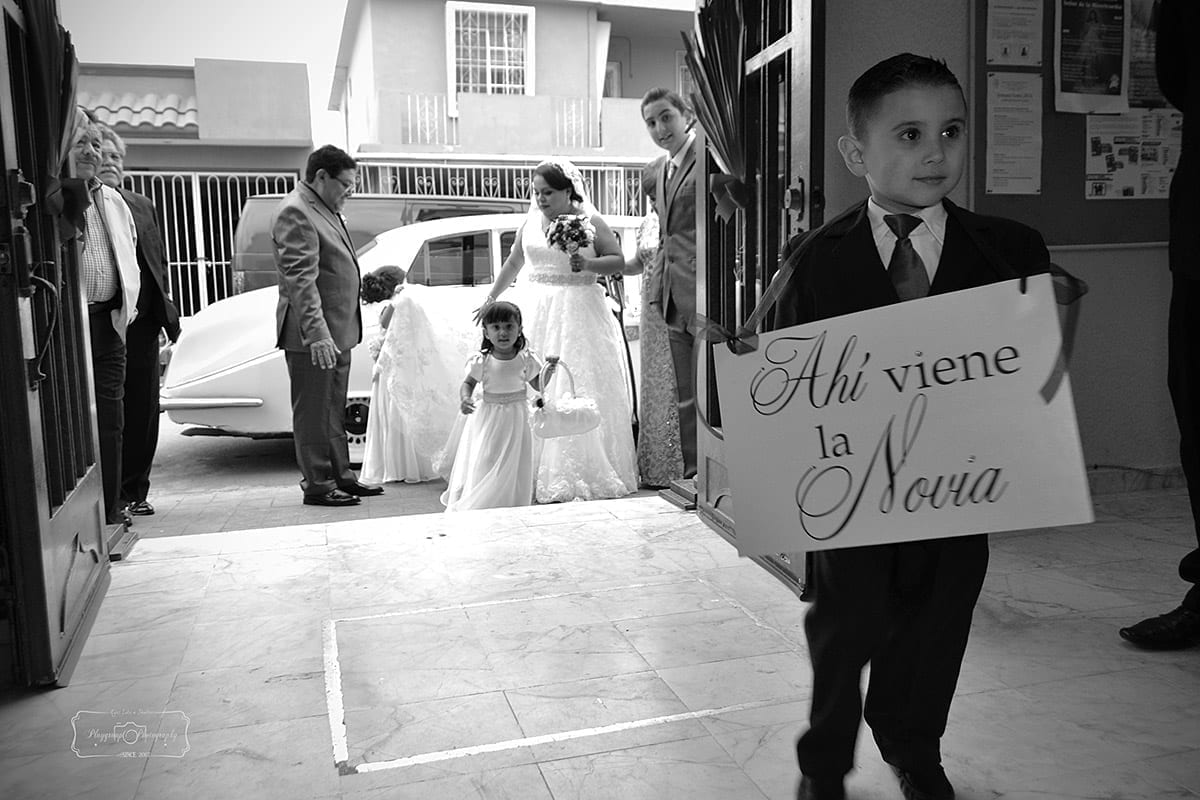 Gabby told us that when the dress hunt began, she wasn’t too excited with the idea of trying on wedding dresses because of her size, but her sister-in-law made her feel better by saying:

You have been waiting for a long time to find the right person, you are a good girl, pretty and you deserve a very pretty and glamorous wedding dress.

She took her mom, her sister, her sister-in-law and her best friend on a road trip from Mexico to Texas to find the perfect dress. She still wasn’t too excited but once she tried on the first dress she had an inexplicable feeling that made her just want to buy that first dress (good thing she didn’t). She finally found her way to Bride’s Gallery where she tried on 3 or 5 dresses without having the wow feeling, until her sister-in-law came to the rescue once again and handed her the beautiful MD159. Gabby added a belt which she designed and had her sisters wear matching belts at the wedding.

It was glamorous, wonderful and had everything that I dreamed of! WE CRIED!!! I felt like a queen. 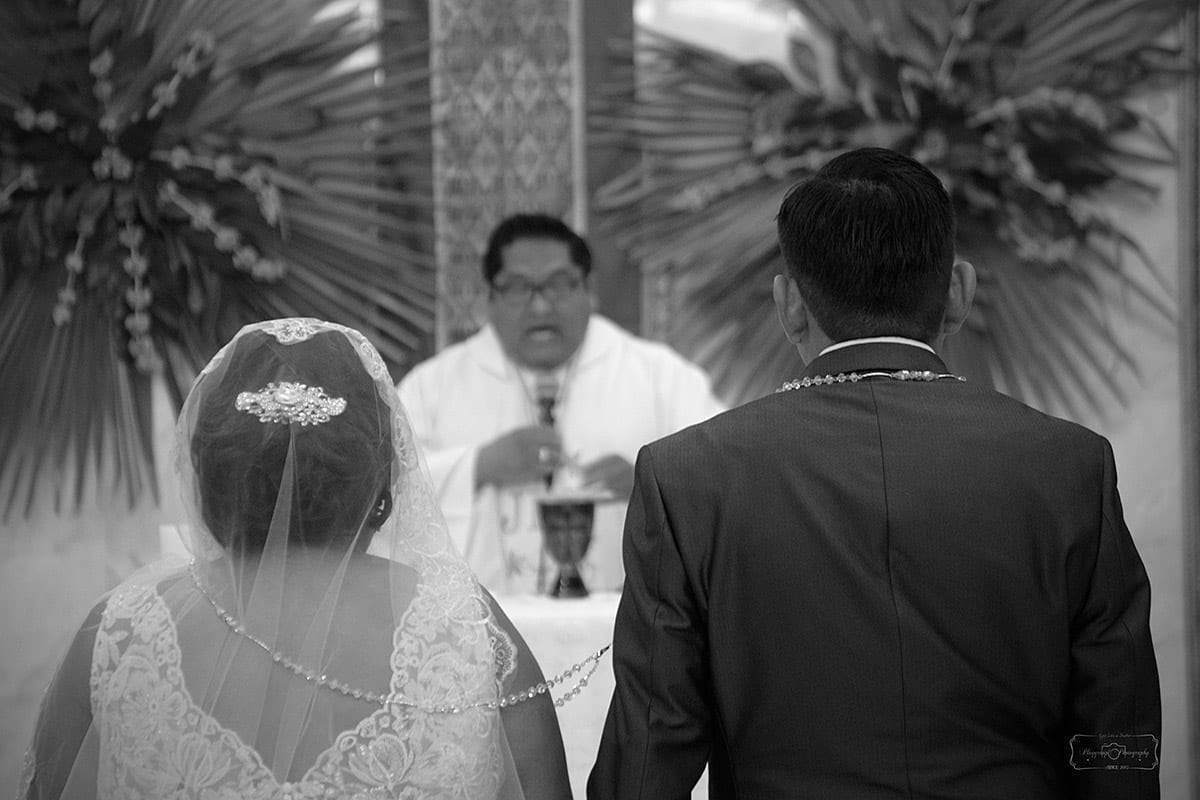 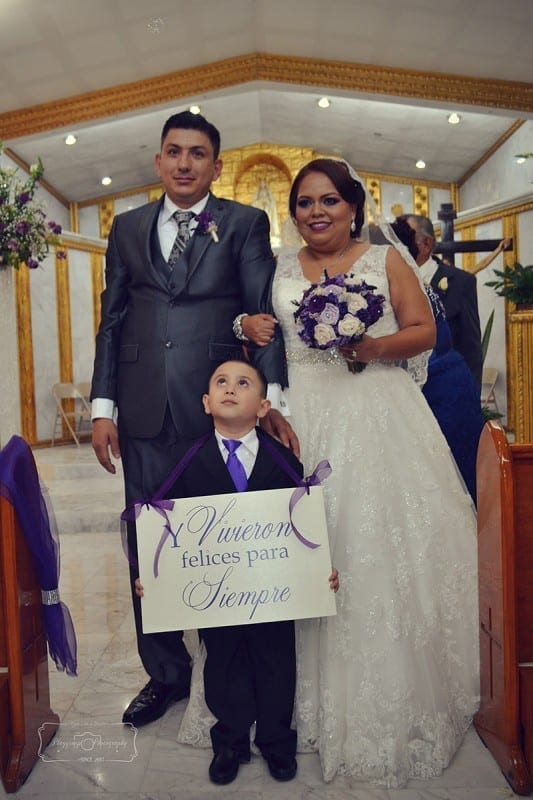 The wedding ceremony was at the church near her house where she had attended mass since she was a little girl. Afterwards they had a big wedding reception with 400 people, everyone had lots of fun dancing and taking pictures.

They went on their honeymoon to Guanajuato, Mexico, a very romantic place.

My tips for brides can be summarized in just one thing: choose the dress that makes you feel like a queen. You deserve it. 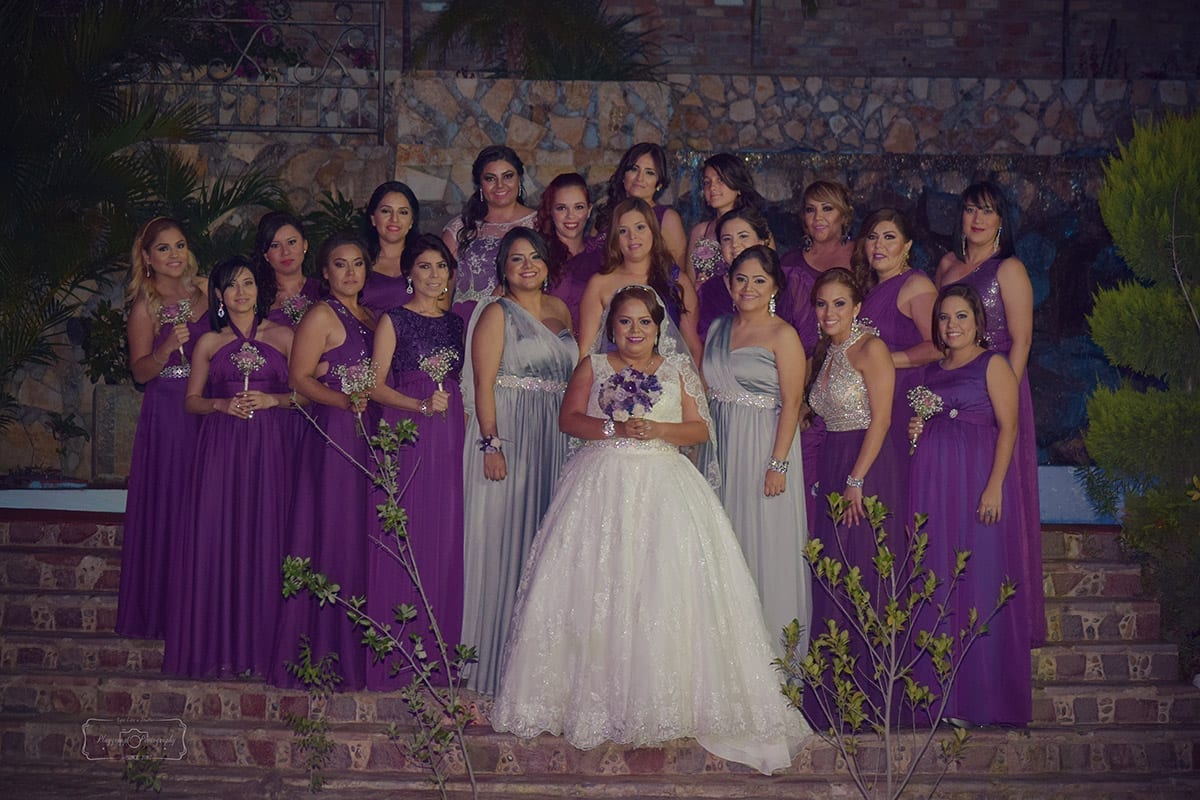