Kandice and Tyneil met way back when she was in highschool. What started as a big brother/little sister relationship took a big turn and ended up turning into true love. He proposed at one of their favorite restaurants, Valentine’s Day had just passed and Kandice being an event producer, hadn’t had time to catch a breath until that moment. Tyneil caught her completely off guard and as soon as she said yes, their family showed up to celebrate with them.

I would be lying if I told you that I remember every word, because it was as if time had stopped. In that moment, the years, the memories, the fact that my grandmother didn’t live to see this moment rushed in all at once. 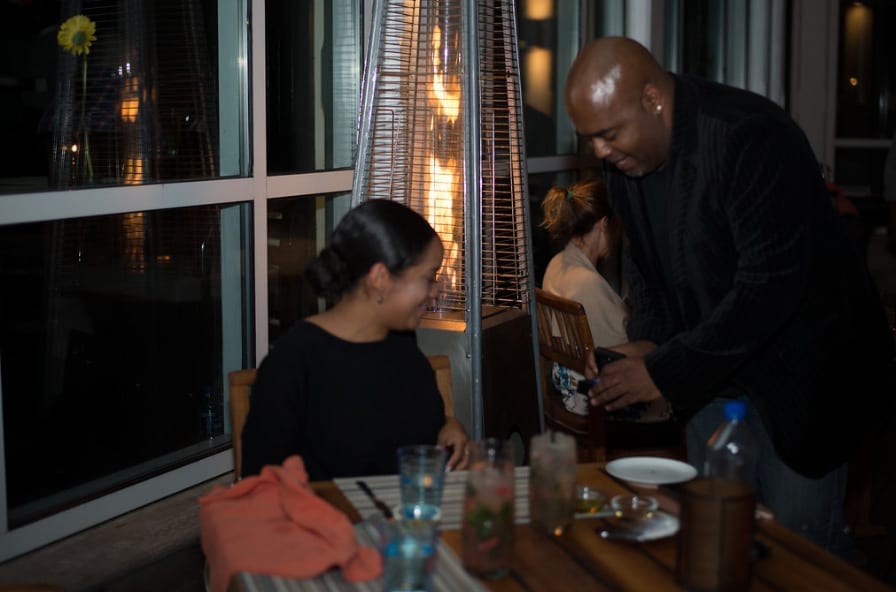 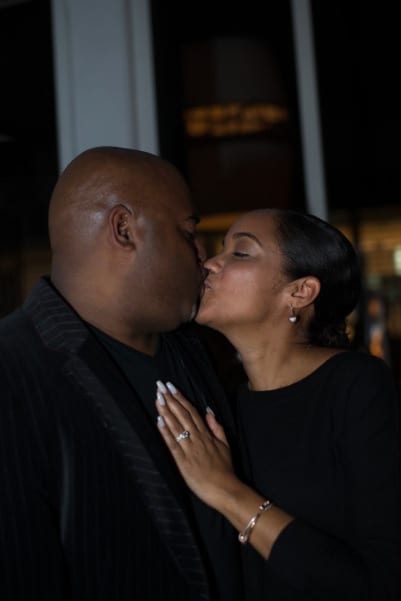 They decided to set a date right away since they both had very busy schedules, so they decided to surprise everyone with a date only 2 months away. Kandice took her #bridetribe (sister, cousins, friends) plus her mom and her aunt for the dress hunt to Atlanta. She had some pressure on her because of the time frame, she had to buy something that the store had in stock.

I literally went with no style, color, or anything in mind. It’s so funny that once I was engaged, all of my “Ever After” Pinterest boards were obsolete and irrelevant. 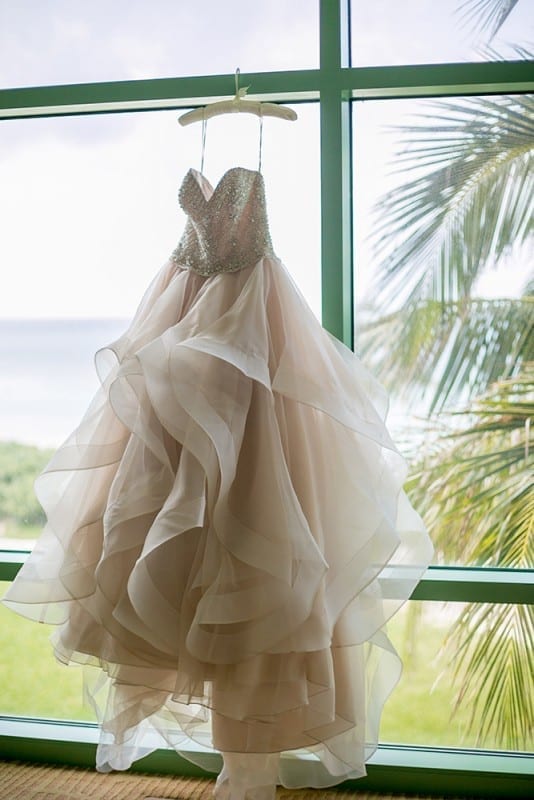 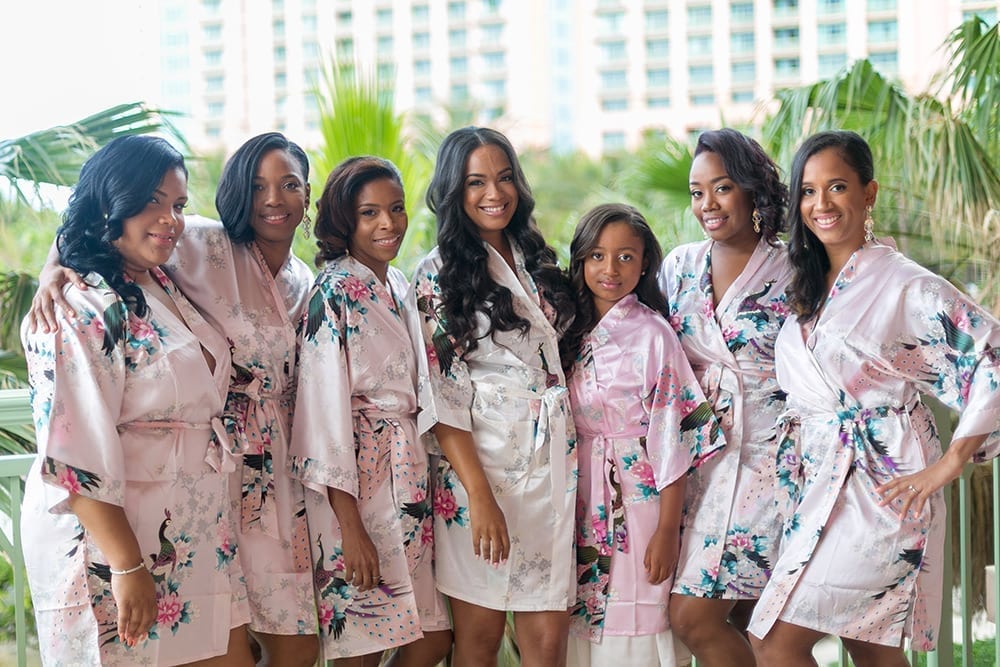 She made appointments at some stores and quickly found what she thought was the it dress so she put it on hold while she searched other stores for her bridesmaids dresses. They ended up at Bride Beautiful, where she was no longer looking for a dress, or so she thought.

We walked in and were received warmly even though we had no appointment. As the girls turned left toward the bridesmaid gowns, I decided to give my legs a rest and have a seat. It wasn’t long before I found myself sifting through some of the most gorgeous gowns I had seen all day! … I pulled a number of dresses, including the AK150, the MD174, and the CT154. The other dresses were gorgeous, but the CT154 was simply EVERYTHING!

The CT154 had all that Kandice wanted, the perfect fit, so no alterations where needed, enough bling plus all the layers. The decision was unanimous with this dress and she bought it right away. Since the CT154 has enough bling, Kandice wore simple earrings and a pair of blue Betsy Johnson sandals. 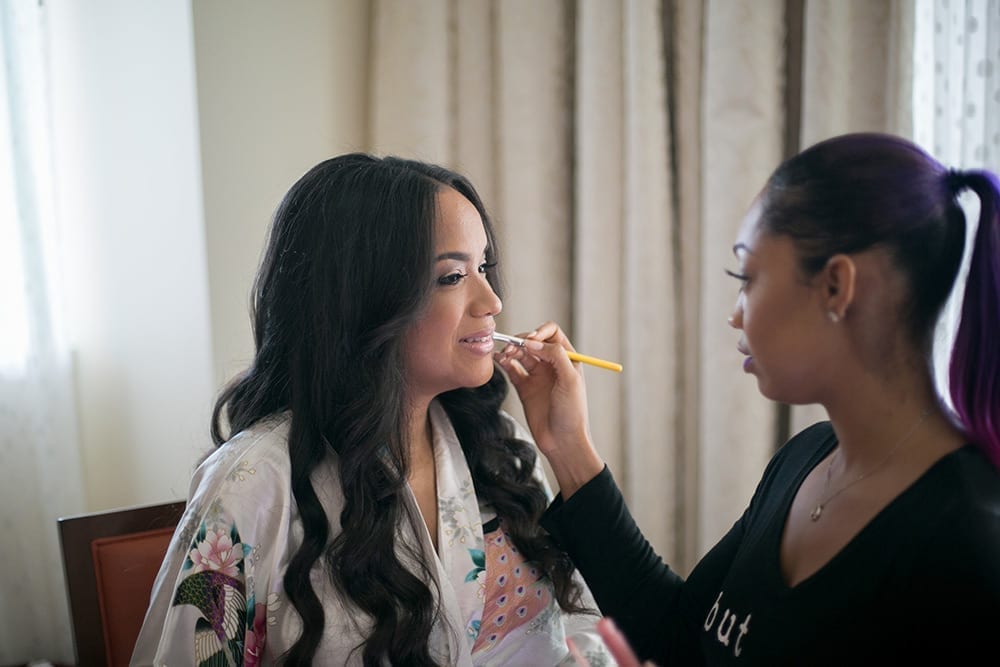 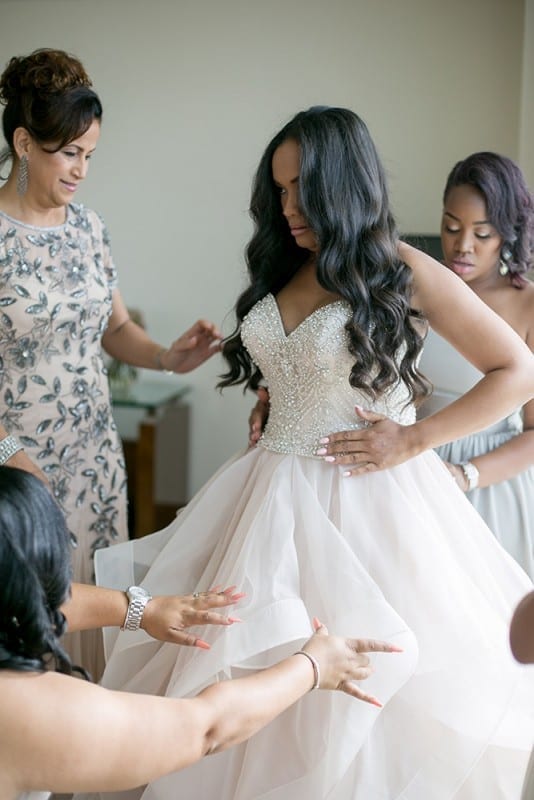 They got married at St. Matthew’s Anglican Church, the oldest church in The Bahamas, and then proceeded for the reception at a mansion on Cabbage Beach in Ocean Club Estates at Paradise Island. Kandice organized the menu, selecting Bahamian/Jamaican inspired grilled meats and seafood while Tyneil was in charge of the bar, selecting flavored lemonades, mojitos, top-shelf spirits and champagne. On top of that, they had an amazing band and DJ that had everyone dancing all night long. It really is amazing that they could accomplish such a great wedding in only 10 weeks.

My tip to my clients that are brides as well as to other Eddy K brides is this: Allow your vision to color itself in. I went with a very general idea of what my perfect dress and day would be. I forgot about my Pinterest boards and decided to allow everything that was authentically me play its role. I didn’t take any of it too seriously and trusted that with the strength of my #bridetribe and good, wholesome decisions… The best day ever would fall into place! 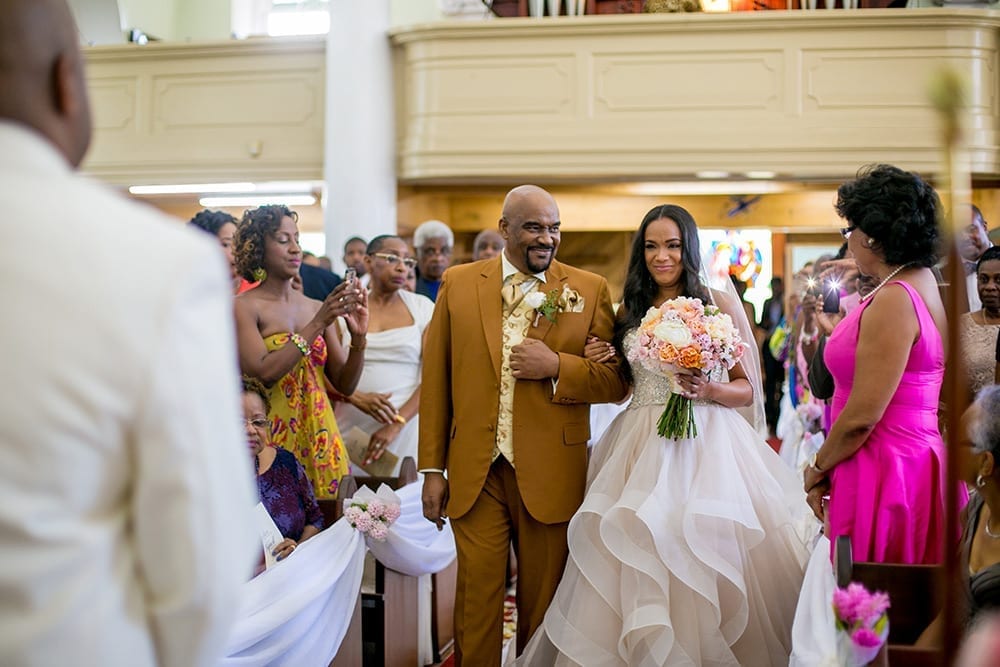 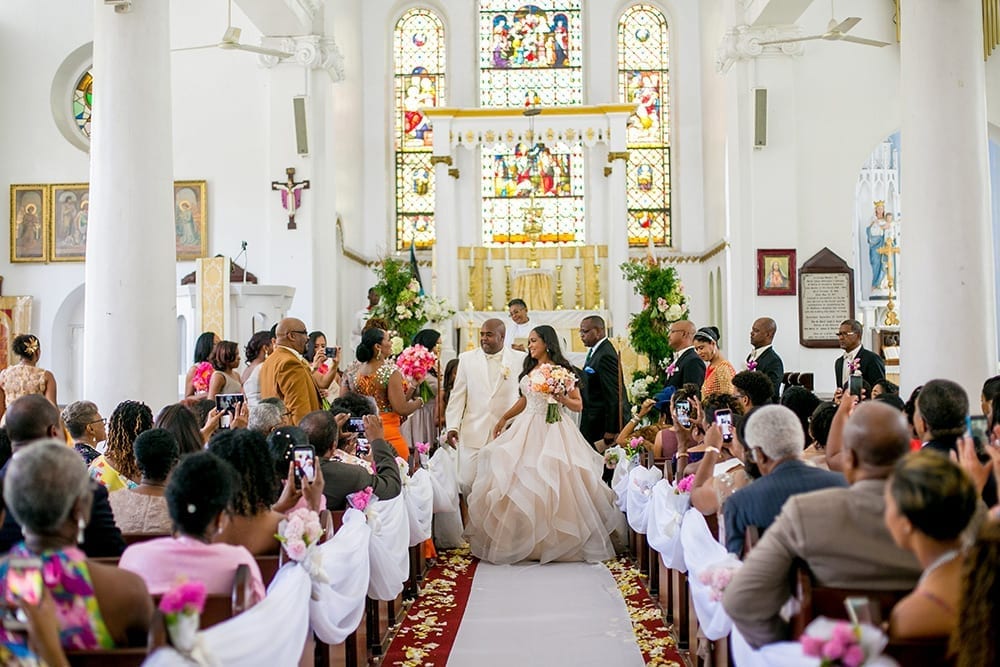 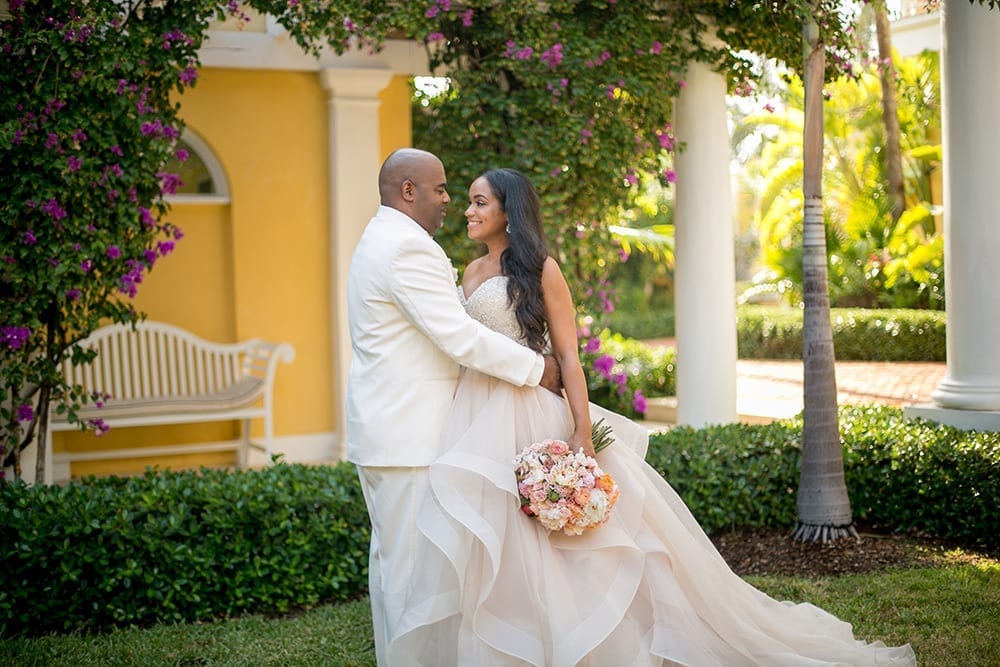 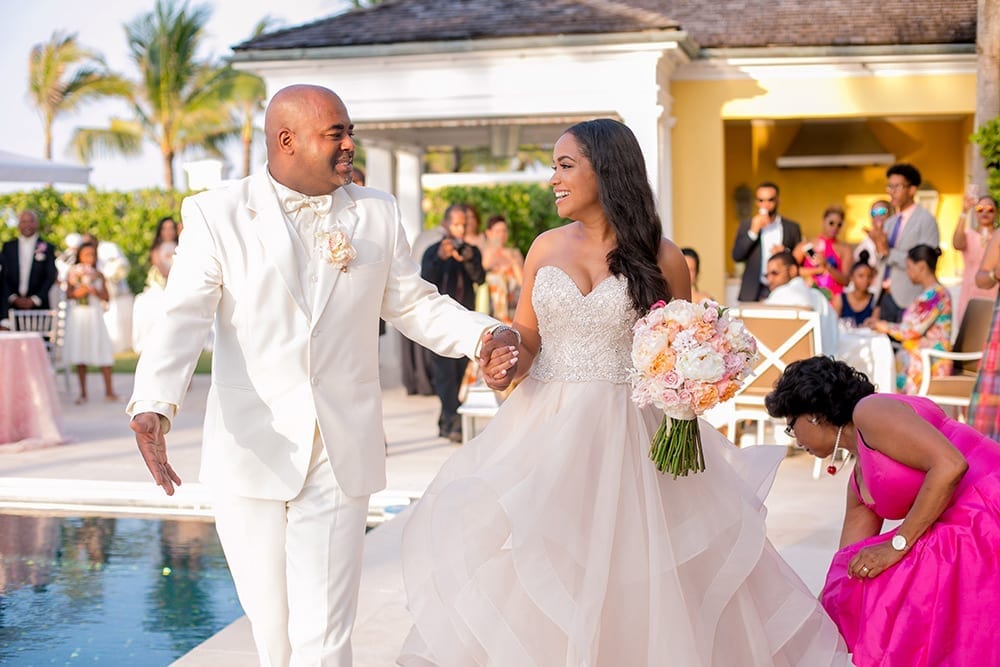 They couldn’t go on a honeymoon right away since they were swamped with work and Kandice was 5 months pregnant but they’re planning on doing something special before the baby comes.