This is a tale worth to be told. Vanessa and Brett shared their story with us and everything was just breathtaking. From the moment they met to the “I-do’s”, this match was meant to be adventurous. 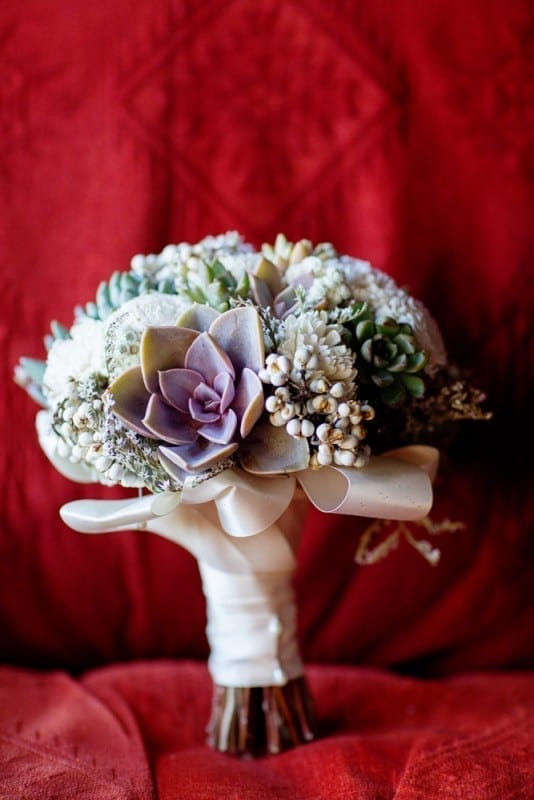 They were both registered in an online dating site. Brett wanted to cancel his account but something caught his eye. Vanessa’s profile had a picture of her climbing mountains in Bolivia and he just loved the daredevil spirit it showed. That’s the passion they have in common, the outdoors. He proposed a month after she left on a trip to Alaska where she couldn’t communicate with him.

“Take that person and travel around the world. Buy a plane ticket for the two of you to travel all around the world … and go to places that are hard to go to and hard to get out of. And if when you come back to JFK, when you land in JFK, and you’re still in love with that person — get married at the airport”  Bill Murray 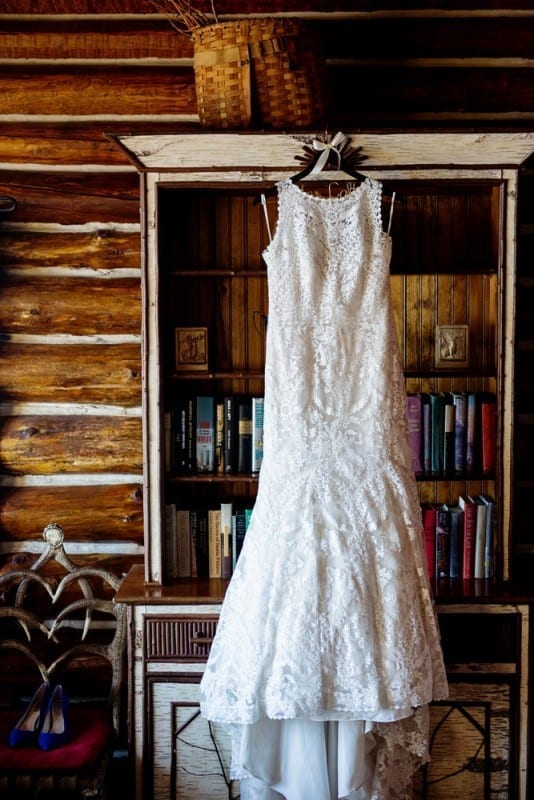 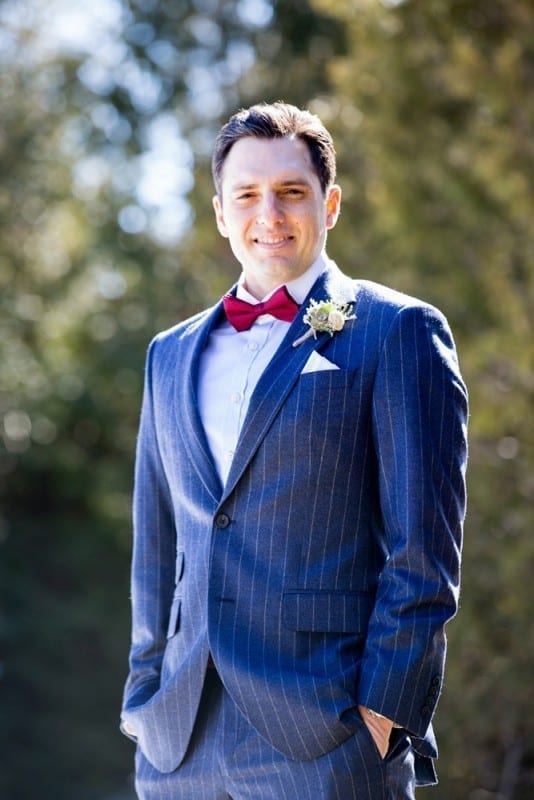 Finding the dress was definitely an expedition. She had a dress made but it was a complete disaster and it was only 6 weeks before the wedding. She went to a store and one of the saleswoman suggested that she tried on the EK1021, which she did hesitating because she thought it was too traditional for her, but immediately loved it. Ready to buy it, she gets the news that it was backordered and that they couldn’t get it in time for the wedding. Desperate, she called the main office and begged them to look again. While they got back to her, Vanessa went on yet another climbing trip with the misfortune that they called her to tell her they’d found a dress but since she was out of reach, they had to give it to someone else. A couple of weeks of disappointment followed until she got a call from Seng Couture, a store she’d never heard of. They said they had her dress. With a lot of confusion, she said yes and went home to share the news with Brett. He had a guilty face (good guilt). The part of the story she didn’t know was that Brett had contacted us directly and we were able to find a solution with the help of Seng Couture. Vanessa matched her sapphire engagement ring to a pair of blue suede shoes to have some fun with the dress.

Beyond the fact that the dress fit me so well, I was happy to wear it because it was the dress that Brett found for me. Not many wives wear a dress their spouse picks out for them. 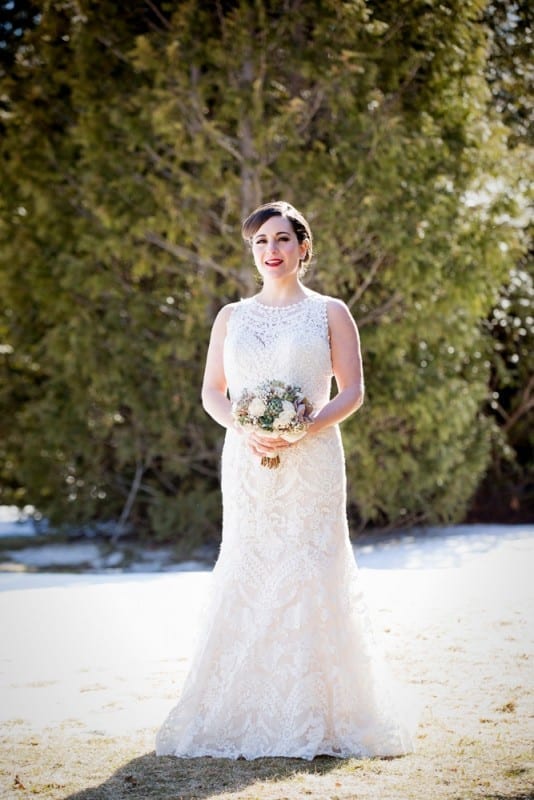 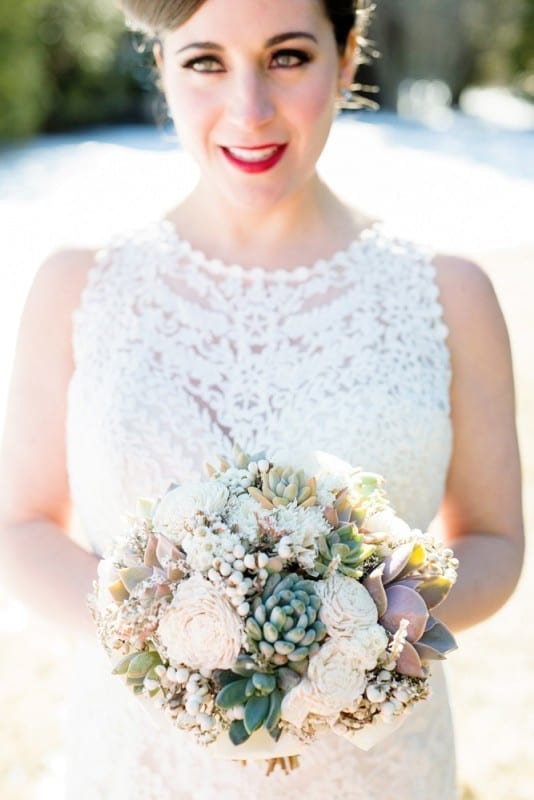 They had a small, intimate wedding at Lake Placid Lodge with family, close friends and climbing partners.They chose this place because of their love of the outdoors and all the time they spend together in the mountains. Everyone had some kind of participation, her friend officiated the ceremony while a climbing partner played the violin. Followed by a formal dinner party, guest had s’mores in the fireplaces afterwards.

Brett had engraved my wedding band with “on belay”. “Belay on?” and “on belay”. The phrase “on belay” is the traditional verbal agreement used by climbers to signal the start of a new challenge and a shared responsibility. It means “I’ve got you”. 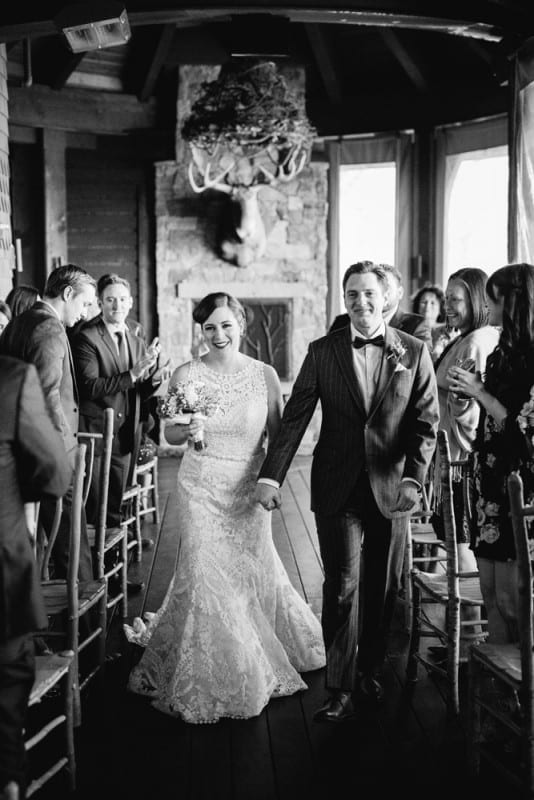 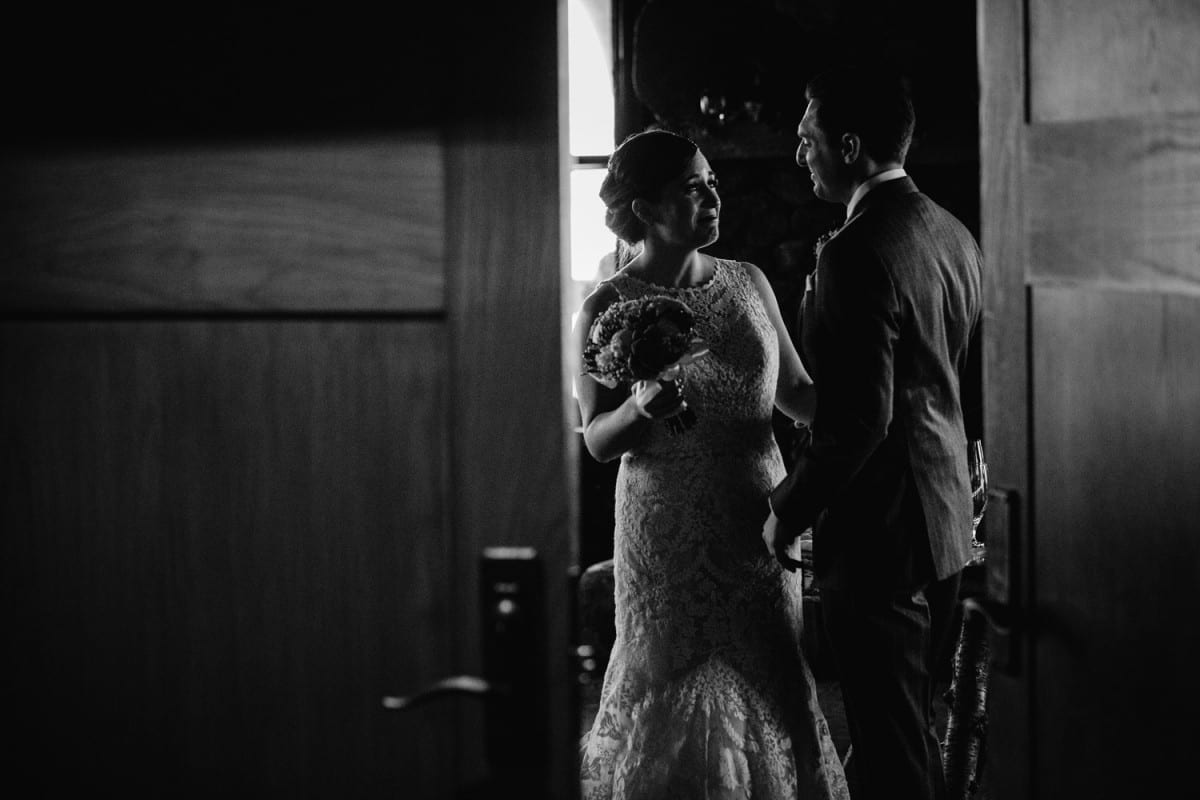 Vanessa and Brett will be going to Bhutan in October for an adventurous honeymoon. 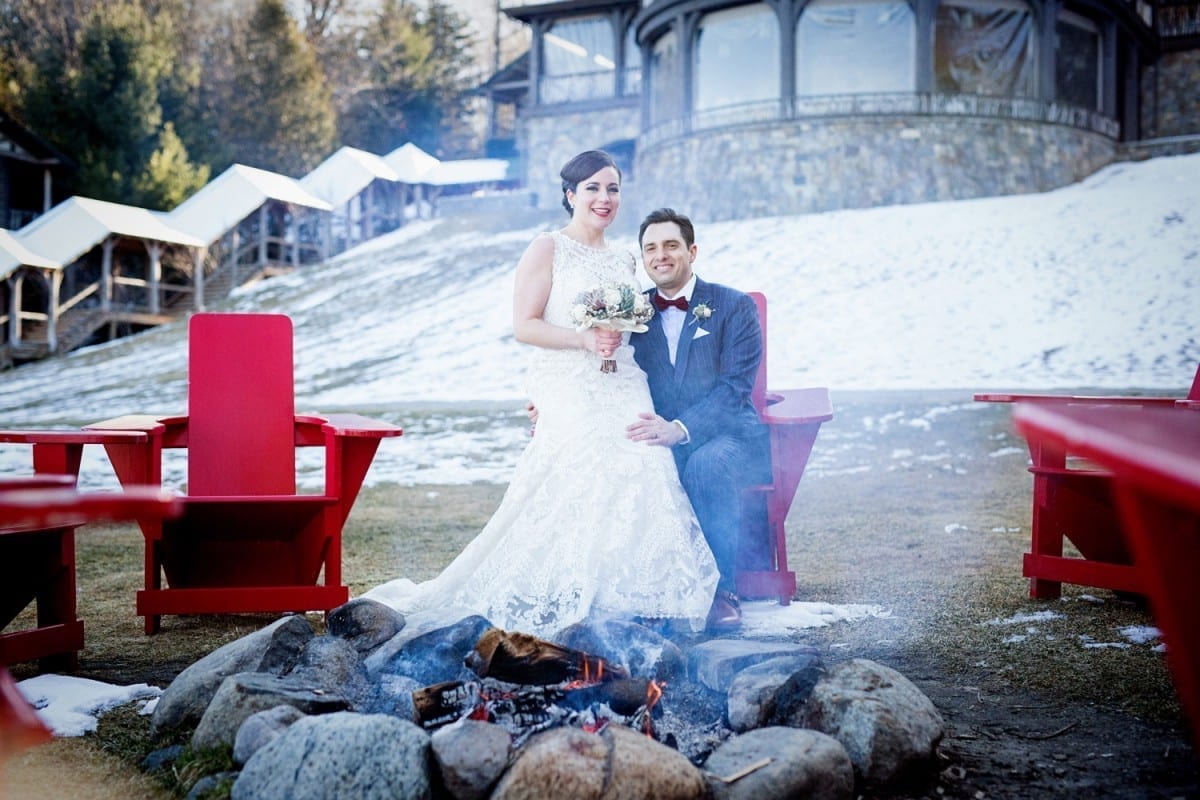 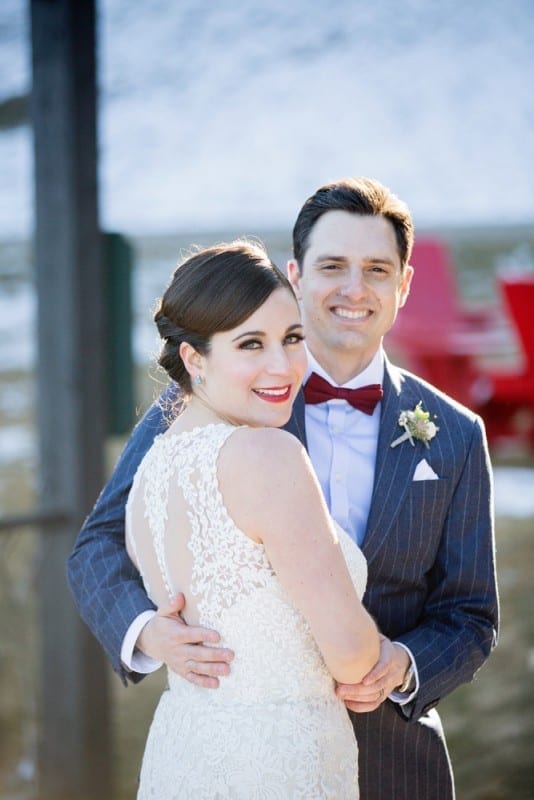 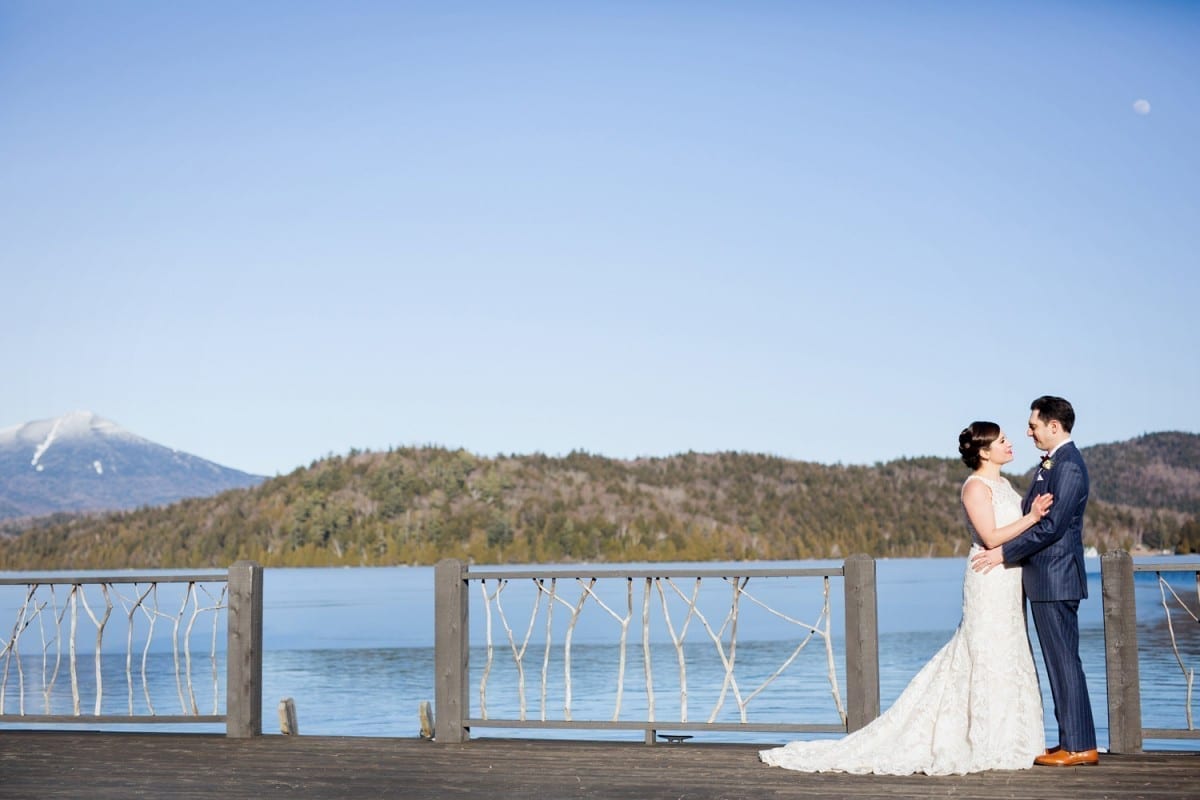 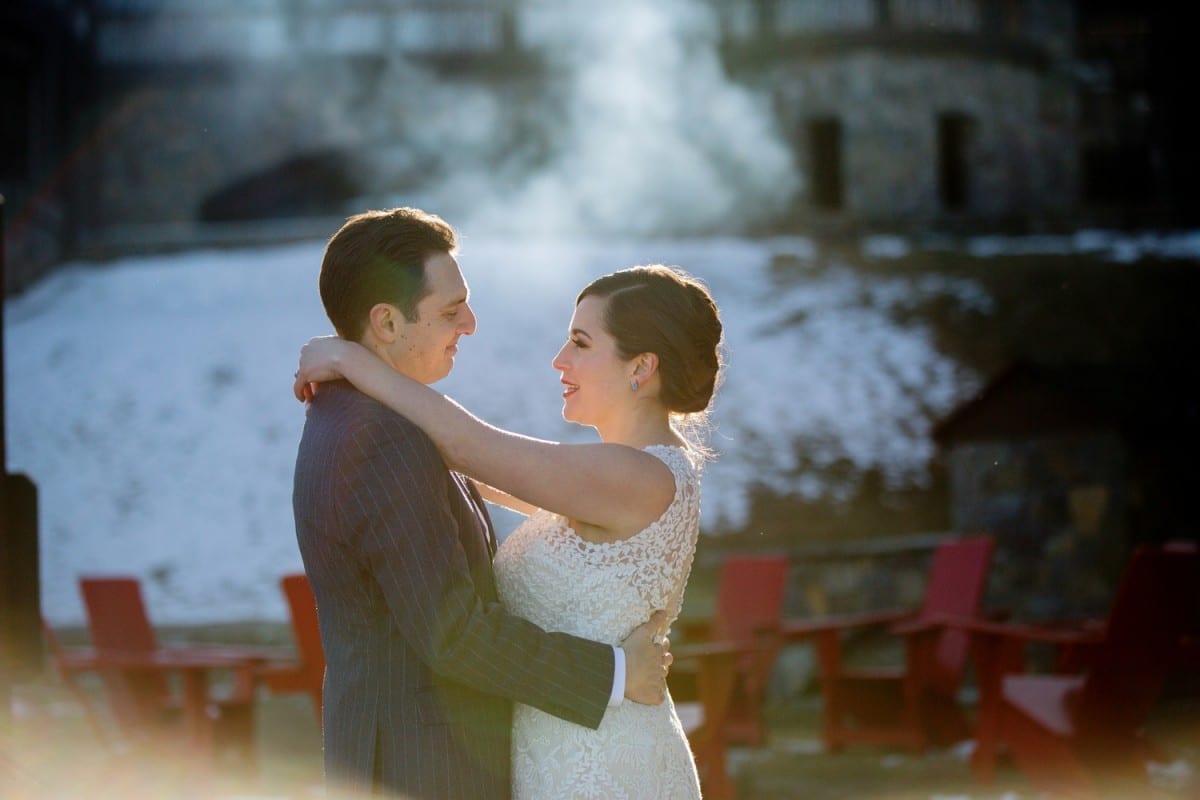