Founded in 1937, Plan International is a development and humanitarian organization that advances children’s rights and equality for girls. We strive for a just world, working together with children, young people, our supporters and partners.
We tackle the root causes of inequality that girls face that deny them their rights at every level: international, national, and local.
We see clear links between fulfilling children’s rights, achieving gender equality and ending child poverty. Every girl and boy has the right to be healthy, educated, protected, valued and respected in their own community and beyond.

Bangladesh marries off more girls under 15 than any other country in the world. According to UNICEF’s State of the World’s Children Report, 2016; 52% of girls in Bangladesh are married by their 18th birthday and 18% by the age of 15. Whereas nationally 34.3% of girls age 15-19 are married, the highest prevalence in the country can be found in Jhalokati and Bhola communities.
In Bangladesh, traditional beliefs like protecting a girl’s ‘honour’ often push parents to marry their daughters at a young age with girls from poorer families are especially vulnerable. In Bangladesh marriage is considered necessary and inevitable, and parents consider it their responsibility to marry their daughters and protect their chastity until they are married. Early marriage ensures an honorable discharge from this duty. Since the primary roles for women are believed to be wives and mothers, parents see little merit in delaying a girl’s marriage once she is old enough to take on these roles. For girls, marriage is seen as the only way to achieve social status.
The ultimate objective of the project is reduced vulnerability of adolescents, particularly girls, to combat child, early and forced marriage (CEFM) in Bhola and Jhalokati communities with a specific focus on reducing the number of girls married under the ages of 18.

This 4.5 year project ending in September 2022, will tackle the issue of child, early and forced marriage in Bangladesh by:

Meetings with Min. of Education to sign MOU on delivery of Gender Equity Movement in Schools and adolescent sexual and reproductive health education in secondary schools and Dakhil Madrasahs in Bhola & Jhalokati

Plan International has been operating in Bangladesh since 1994, helping children access their rights to health, education, economic security and protection free from early and forced marriage.
We partner with 30 national and local non-governmental organizations, and together our work benefits more than 3,500,000 people.
According to UNICEF’s State of the World’s Children Report, 2016, Bangladesh continues to have the 5th highest CEFM rates worldwide and the highest rate of marriage involving girls under 15. 52% of girls are married by their 18th birthday, and 18% by the age of 15. 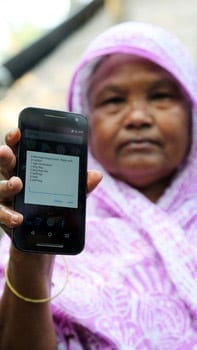 Mosamat Julekha Begum, 65, lives in Bhurungamari Upazila in the remote northern district of Kurigram in Bangladesh. She has been making matches in her community for almost 20 years and has brought almost 500 couples together during that time. Mosamat recently took part in training to learn how to use the new app.

“Since the training I have refused to participate in four weddings because I got to know that the brides were under the age of 18. I also consulted with the parents so they wouldn’t get their daughters married at an early age.”

Caption: A new mobile phone app being launched in Bangladesh has the potential to prevent child marriage. Created by the government and developed to scale by Plan International, the app stopped over 3,700 underage marriages during its six month pilot period alone. 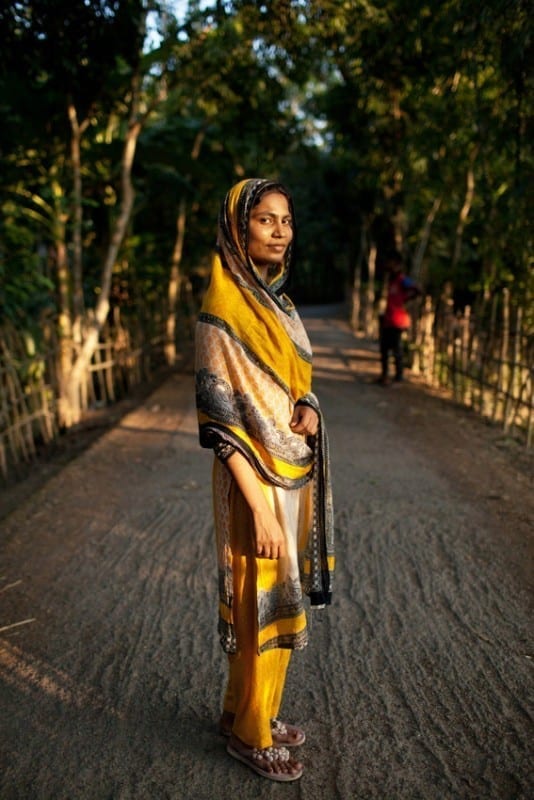 Caption: Sazeda, 16, was ten years old when she first joined a children’s group set up by Plan International. “We talked to children and adults about the protection of children in our village.”

When 16 year old Sazeda’s older sister was married at a young age, she saw the impact it had on her and made a promise to herself that she would never get married while she was still a child. So when her family wanted her to marry an unknown boy at the age of fourteen, she refused and managed to convince her parents that her studies were more important. The marriage was called off and Sazeda was allowed to continue going to school.

Sazeda is now a member of several youth groups, which together form a platform for all children and young people. “I want to become a teacher and a singer”, says Sazeda. She believes studying is important to succeed in life and become independent. When a girl gets married they are often taken out of school, leaving her without options to take care of herself. 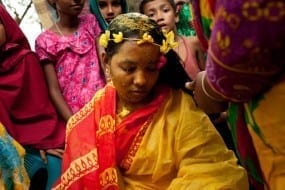 Ahead of her wedding to 22-year-old Sabuj who she has never met before, Soniya, 15, is covered with turmeric, a yellow substance which gives her skin a glow. It is part of the ceremonial ritual ‘Gaye Holud’, a cleansing tradition in which the bride and groom are ‘washed’. Their hands are rubbed with henna and their hair and skin with turmeric, her without options to take care of herself.